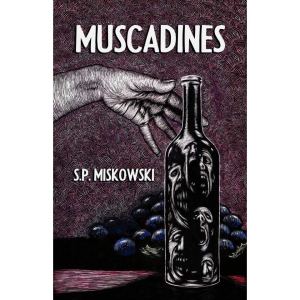 Again, in conjunction with greydogtales, our friends from across the big water, we present ten questions with one of our favorite writers — in this case the redoubtable S P Miskowski, who I first encountered in the fabulous Muscadines, a story of three women who have interesting hobbies. It might also be called the Wrath of Grapes but that would be a good deal less poetic and effective.

Ms. Miskowski is perhaps best known for her Skillute Cycle, stories and novels taking place within her created milieu in Washington state. Furthermore, she is a recipient of two National Endowment for the Arts Fellowships. Her stories have been published in Supernatural Tales, Black Static, Identity Theory, Strange Aeons and Eyedolon Magazine, and in numerous anthologies including The Best Horror of the Year Volume Ten, Haunted Nights, The Madness of Dr. Caligari, October Dreams 2, Autumn Cthulhu, The Hyde Hotel, Darker Companions: Celebrating 50 Years of Ramsey Campbell, Tales from a Talking Board and Looming Low. Her novel I Wish I Was Like You won This Is Horror 2017 Novel of the Year and a Charles Dexter Award for Favorite Novel of 2017 from Strange Aeons Magazine. Her books have received three Shirley Jackson Award nominations and a Bram Stoker Award nomination, and are available from Omnium Gatherum Media and JournalStone/Trepidatio, according to her Amazon author page.

Great stuff… this is one of the people I was most wanting to ‘interview’ when I first embarked on this series of little visits. Without further ado, let’s get on with it:

Where should a reader that is new to your work start?

My first novel, Knock Knock, offers a reliable indication of my obsessions and my general approach to storytelling. Although I’ve used a range of styles, points of view, and settings in my books, I’d say if you don’t find anything of interest in Knock Knock you probably won’t love the rest of my work.

Is there a piece that you are particularly proud of?

Muscadines, a wicked novella in which a character’s sincere journey of self-discovery turns out to be a bad, bad thing. Although the book (published by Dunhams Manor Press) was a finalist for a Shirley Jackson Award and people who like it find it vivid and memorable, it isn’t widely read. It’s almost as if people are disturbed by the idea of three middle-aged sisters resurrecting their childhood as daughters and henchmen to a vicious killer named Ruth Parker. (LOL) This female-centric tale is probably the most poetic thing I’ve written and certainly the most brutal.

I think we still have a deep fear of admitting how violent women can be. We can’t reconcile female cruelty with our sacred mythology around motherhood. Every time we try, we end up making excuses to return to a comfortable place where all women possess maternal instinct and want to care for babies.

Women are everywhere in my fiction. I want to write the full range of possibilities, not only roles and actions most people think of as ‘women’s concerns’ but everything—every possible act. Because people are capable of so many things, and if we refuse to acknowledge women as perpetrators of violence, we are saying that we refuse to see women as human.

Transgressive fiction should seek to injure expectations and leave a scar. Give the reader something new to consider. Muscadines does that, I hope. 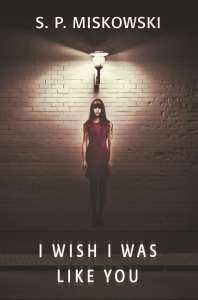 Whose work do you read, yourself?

I read widely, non-fiction and fiction. I’m interested in everything. For clarity and pure joy I return time and again to Janet Malcolm, Flannery O’Connor, and Shirley Jackson.

What kind of beer goes with your pizza? And what’s on the pizza?

Do you consider your work weird, or horror? Or do you leave that to the marketing department?

I am the weird thing. I write the horror. To answer more seriously, horror is close to my heart and I like to think what I’m writing can be classified as horror, whether supernatural or psychological. But I’m not much concerned about categories. I’m concerned about telling the truth no matter how painful it might be.

My life has taught me to be on the lookout for hypocrisy, and to ask hard questions. With each story I try to fuse atmosphere and action, character and setting. But these are technical aims. In terms of content, my wish is to peel away all of the layers we create to conceal what we really are. The resulting fiction is usually horror or something close to it. Readers can decide whether or not I’ve done a good job.

You’ve been convicted of crimes against the empire. What would be your last meal? Include something big to hide the explosives in.

That meal would be French. A seven-course meal prepared by Eric Ripert, please. I’d go for the obvious and put a bomb in the bombe. No one will suspect the bombe, right?

Are you involved in any arts besides writing? Any odd hobbies we should know about?

I love to ride trains. Not much of a hobby, is it? I’ve tried many things including modern dance, martial arts, sewing, skating, cooking, and pottery. I’m awful at all of these. I tend to dabble. Writing fiction is the only activity to hold my interest over the years. I’ve been making up stories to entertain other people since I was three or four years old.

I love both. My current partner in crime is feline.

Tell us about a work-in-progress.

At the moment I’m revising a novel and writing a novella. The novel is about two women and how the breakup of their brief friendship has unexpected, tragic consequences. The novella concerns a woman whose dull life is made more colorful by her obsessive attraction to a washed-up TV actor.

Thanks for being so kind. Is there anything else you would like readers to know?

If they Google my peculiar name, they will find my website and my author page on Amazon. My books are published by Omnium Gatherum and JournalStone and can be ordered through any independent bookstore. Happy reading!

Thanks for reading, and don’t forget to pick up a copy of Occult Detective Quarterly at your earliest convenience. Also please help us to ensure that The Death of an Author takes place in the reasonably near future. And stay tuned for more interviews and other madness.

This entry was posted in moderan. Bookmark the permalink.

A FEARLESS FAITH IN FICTION — THE PASSION OF THE READING MOMENT CRYSTALLISED — Empirical literary critiques from 2008 as based on purchased books.