RetroGrade A consists of a series of articles advancing certain arguments or featuring products that are (or may be) of interest to the author, Duane Pesice (and possibly to other persons).

Mr. Pesice makes lines on blank pieces of paper and wields a piece of wood with wires on it. As a mostly self-taught college graduate, he doesn’t know half of what he should. He has a rubber hose up his nose. His work has been featured in venues as varied as Cthulhu Cultus magazine and the chain-restaurant Friendly’s. He is jointly owned by four felines and lives in delightful squalor in southern Arizona, amid the cacti.

He is a front-page writer at Bleed Cubbie Blue, editor-in-chief at Planet X Publications, the author of at least one chapbook (before Crazytown) and a several hundred or so songs, with more of each crowding at the door.

Mr. Pesice has been published in Weirdbook, The Fall of Cthulhu, Creep Throat, Nox Pareidoilia, Mannequin: Tales of Wood Made Flesh, and other titles which can be accessed via his Amazon author page. Planet X (and soon) Oxygen Man books can be found there also.

The name “moderan” is derived from the work of David R. Bunch, undeservedly forgotten by all but a few sf aficionados. It is used out of respect. Nobody from Mr. Bunch’s estate has ever complained. I recommend the book most highly-it is a superior entertainment, thought-provoking and poetic. 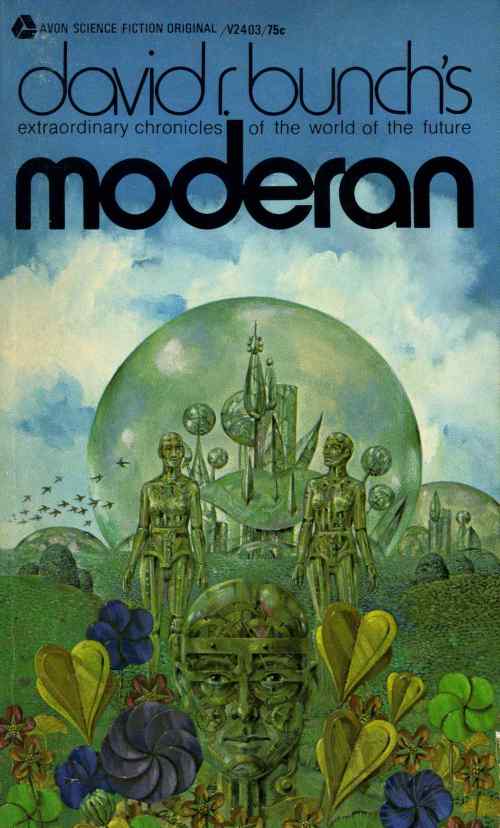 “Whatever I do or say, or don’t do or say, do forgive me…” (Elizabeth Bowen) — A fearless faith in fiction — Various passions of the reading moment — Always using purchased books — And if future time allows…