As usual, we’ll cover a lot of subjects with a too-small, too-thin blanket. But cover them we will.
Firstly…Saturday night, for a little while, my one-man internet band moderan was the #1 band in Tucson/Rock, according to data from music-posting site Reverbnation. I’m sitting at #2 right now.

It was pretty easy to get there, and the maneuver was mostly pre-planned. I embarked on a series of cover tunes, some of which I’ve actually registered. Eventually I’ll register them all, but they’re about 20 bucks each, and I plan to do a LOT of them. Cuz they’re fun. I have a system for producing them quickly, based on midi drums and the forty or so years I’ve spent playing those songs, off and on. The music ranges from pop tunes like Killing Me Softly through progrock epics such as Dance On a Volcano.

I sing, play all of the guitars and basses (with a couple of notable exceptions for collaborators), most of the keyboards, some of the strings, and arrange and produce the tracks. The drums are fashioned from midi tracks, which means faithful timing. I seldom monkey with the structures, though I add or change instrumentation.

You can listen here: 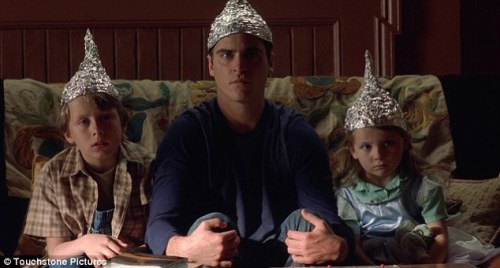 The Tuesday Cub Tracks has been posted, and folks are happily discussing the articles and the permutations and perambulations that result from different takes on the material. This pleases me. I enjoy crafting those little pieces. There’s a real art to choosing/making effective links and spinning the text, and I have a great time deciding how much “English” is to be used, how deep the subreferences need to be, and how much deviation from the original points is desirable. I also build in as many references to the work of other writers at Bleed Cubbie Blue as I can. Cohesive is cool. Go team.

Today’s piece, Cub Tracks Puts On Its Thinking Cap, is ostensibly about Jason Heyward’s Dartmouth-derived brains and Joe Maddon’s/Darnell McDonald’s guru-ness, but lampoons a good subset of related subjects into the bargain, e.g., certain sports reporters, public perceptions, media saturation, and the nature of consciousness itself.

The theme is just vague enough to be dangerous.

And…speaking of vague and dangerous…I’ve embarked on a promising project, archiving the answers to a series of questions about the provenance of people’s love for “the Weird”, that branch of speculative fiction that blends elements of horror, science fiction, dark fantasy, and popular/past culture into a breathing and lurching whole. As of ten-thirty this morning, we have 70+ prospective interviewees, ranging from readers of the dark arts to some of the foremost practitioners of audio and visual media in the field. Several people have volunteered to be guinea pigs and to help formulate the questions, and for that I thank them mightily.

Nobody gets outed. I won’t use names to try to sell the book to a publisher. I’d rather interview the publishers and Createspace the book than operate without some sort of integrity.

The weird community as a whole has responded positively. I’ll do my best to do it up right.

And lastly, before Crazytown is going to be pulled from Amazon. Nightmare Grove will replace it there, though the original can still be obtained from Smashwords (with an updated edition coming in April). Things are getting back on track again, getting finished rapidly as I prioritize and prepare for some limited commercial expansion.

More about that another time. I still need to talk more about the “Yellow” series and plans for the Jenkinses. And I should start the jukebox series, which will talk in depth about the songs on Reverbnation,  and why all the cover songs are being done.

Right now I’m going to draw some pictures. Ghoulish ones. Til next time — thanks for reading.

A fearless faith in fiction by Des Lewis — Various passions of the reading moment — Reviews based on purchased fiction books since 2008 — Elizabeth Bowen, Robert Aickman and many others — INFORMATION and NAVIGATION on this site’s front page — Let us now triangulate each book together!